Too familiar with the New Year and Christmas vibe in your hometown, would you like to escape for a few days to enjoy a completely different feel? Let’s spend New Year in Asia! Say goodbye to the old bad-luck and welcome the new fortune when getting to know about a new culture. Whether you celebrate the New Year Festival in full revelry with fireworks in Taipei or get high in Sentosa Island, it’s definitely an unforgettable night with a sleepless night.

Joining Asia Shore Excursions on New Year Eve is a good idea to explore the rich culture of Asia. For the best experiences, we just sum up the 6 best places to celebrate New Year in Asia and have a fun champagne countdown party.

Victoria Harbor is well-known worldwide with a spectacular waterfront view over the seaside of Hong Kong. This is also the best place in Hong Kong to spend your time enjoying the New Year Party. Be considered as the belle of the ball for celebrating the annual New Year countdown, Victoria Harbor holds a street party with a vibrant atmosphere while 10-minute pyro-musical lighting up the sky. Besides, more private space on the 118th floor of the Ritz-Carlton to enjoy the panoramic view over the bay. 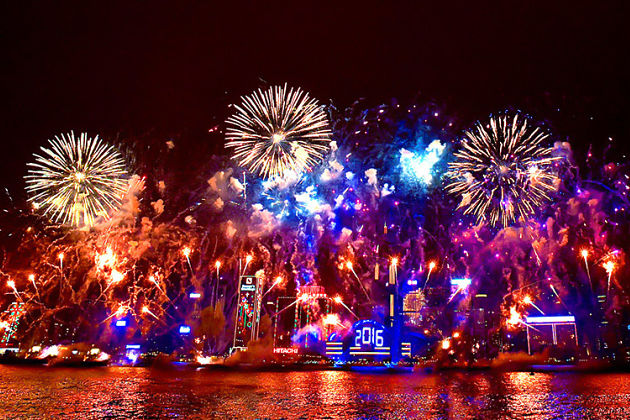 Amazingly, there is a fact that Taipei is ranked higher than many famous cities in the world for the best place to celebrate New Year Party including London, Paris, Tokyo or New York. The spotlight of the party goes to splendor Taipei 101 – the proud of Taipei people where displays grand fireworks designed by French pyrotechnic design experts. Thousands of people flock to this place that you don’t have to (or you can’t) stand close to the skyscraper. There are numerous places to see the year-end firework performance, especially riverside parks, Grand Hyatt Hotel, Room 18, Luxy, and ATT Show Box. Besides the fireworks, you can also enjoy the giant-sized stage with brand-name singers and artists. 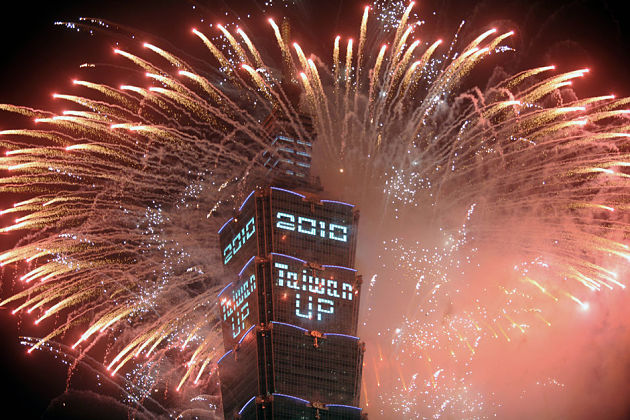 Due to being heavily influenced by Western culture, Singapore is the host of many wonderful annual celebrations for New Year Eve across the country. However, the highlight show is happened in the well-known Marina Bay Sands enjoying the New Year Eve on the best skyline in Singapore with the boom called Supernova Countdown. 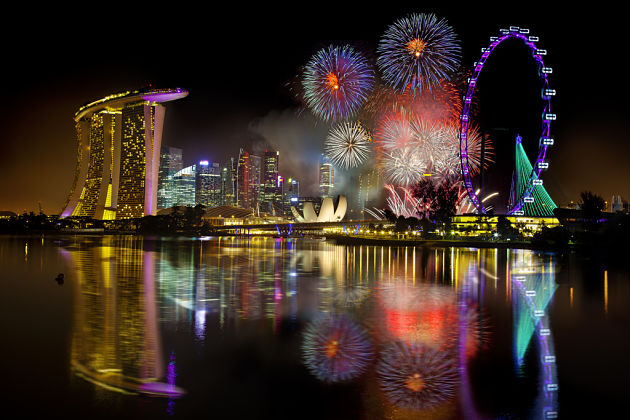 Fireworks are displayed for 8 minutes of lighting up the downtown view of Singapore. Then take part in the Wishing Spheres ceremony where you write your wishes on a floating orb, lit up, and float it with the water flow. The dark night becomes spectacular with thousands of sparkling lights. Wild parties happen over the infinity pool and the observation deck in the clouds on Sands SkyPark.

The main New Year Eve of Thailand actually happens in April, however, the first day of the year still be a worth-mark day. Many parties and events are celebrated throughout the country on both December 31st and January 1st. However, the most chaotic and fun place to spend your New Year Eve in Thailand is its capital – Bangkok city. 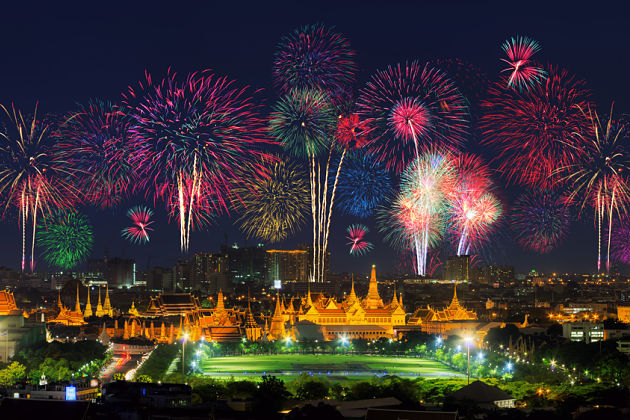 Standing on the bank of Chao Phraya River, get a stunning view of the firework show designed in not a celebration but an art form. Want a birds-eye view? Step up one in hundreds of rooftop bars around the city. Remember to go or book early to sure that they have enough seats for you. If you are keen on drinking and want to cheer with friends, the backpacker haven of Khao San Road is the best choice.

With plenty of modern buildings and structures, the capital city of Malaysia is one of the best cities to celebrate New Year Eve in Southeast Asia. The Petronas Twin Towers is well-known worldwide with a unique design that provides the best place to witness firework performance in the countdown party holding across the city. Kuala Lumpur hides a gorgeous skyline with Petronas Twin Towers and hundreds of other skyscrapers behind as a modern breathtaking background for the twinkle performance lasting for a few minutes. Another view for enjoying the firework performance is on the rooftop bar to capture the skyline of the city. We highly recommend the poolside alfresco bar and restaurant at the Mandarin Oriental Kuala Lumpur or visit Grand Hyatt Kuala Lumpur to catch a 360-degree view over the city. 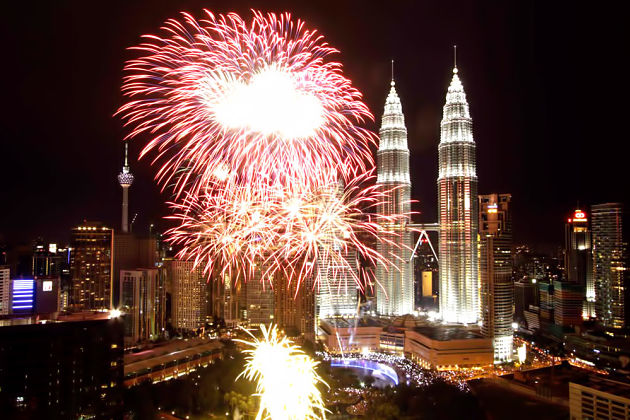 Same as Thailand, Vietnamese people commonly consider Lunar New Year as their most important event of the year that starts around February depending on the lunar calendar. However, New Year Eve in a vibrant city like Ho Chi Minh City is also a wonderful experience to taste. Join in the endless party on the streets of the modern Saigon in the last seconds of the year, especially be a part of any nightclub in District 1 to fully soak in the crazy vibe. Want to go higher? Head to one of the hundred rooftop bars in Ho Chi Minh City such as Chill Skybar for wonderful views of fireworks and exciting music from live DJs.