Spring passed by and replaced by an extremely hot summer in Asia. Even though the heat dominates all the region, Asia with its rich culture still attracts millions of travelers coming each summer, especially during the time music and cultural festivals happening. Summer festivals in Asia are must-experience cultural explorations from Buddhist traditional rituals in Myanmar to unique culinary full-filling in Singapore. Let Shore Excursions Asia suggest the best cultural festivals and take your priceless chance to hop on wonderful trips to Asia.

Starting in the mid-June and lasting for a month, Bali Arts Festival is a full-flavor hotpot that awakes both your senses of auditory and visualization. During the time festival taking place, many art forms, dances, traditional and modern music are performed to reveal the history and development of Balinese culture. Serving as an irreplaceable passion and pride of this island, the traditional masked dances telling ancient stories which represent for tribal villagers are carried out. Soak in the vibrant atmosphere, together with locals celebrate the occasion, get a closer look at the rich heritage of this spirited destination, and catch a glimpse of different cultures from other islands in Indonesia. 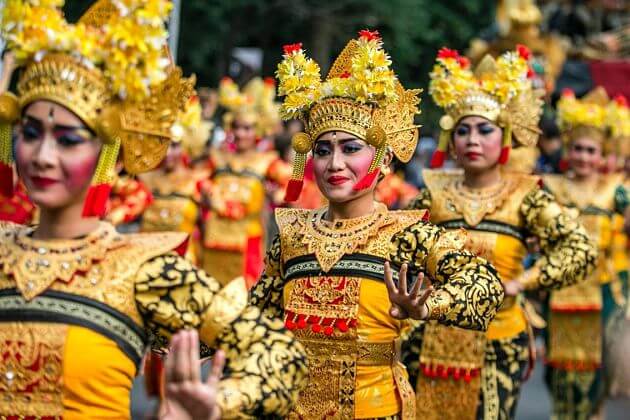 Not only famous for being a green country, but Singapore also marks on the world traveling map with its plentiful street food. Only Singaporean culinary can lure away your gustation, so imagine how you fight against the charisma of tasting fantastic delicacies from the most famous cuisine in the world. Forget about skinny and undernourished awareness and freely rolling through streets serving up an abundant range of culinary. Feast in food paradise along with cultural street shows, river cruises, and other entertainment activities. 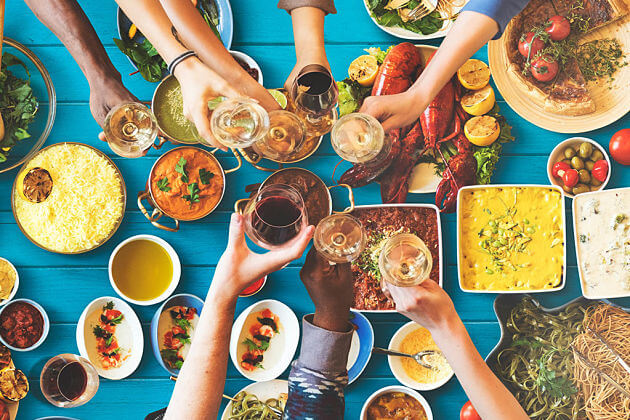 Asia is the original land of Buddhism and also the place that this religion strongly develops the most. The center of Buddhism in Asia is Myanmar and Thailand with a great number of temples, pagodas, and followers dominating the countries by many important events, especially Khao Phansa. Known as the “Buddhist Rains Retreat”, this festival plays an essential role in the spiritual life of Buddhists and also marks the beginning of the rainy season across Myanmar and Thailand. During the occasion, Buddhist monks retreat to the temple for three months in order not to tread on plants which are sprouting and growing up. It is also the time of studying and meditating to the supreme purpose of ordinations into monkhood. 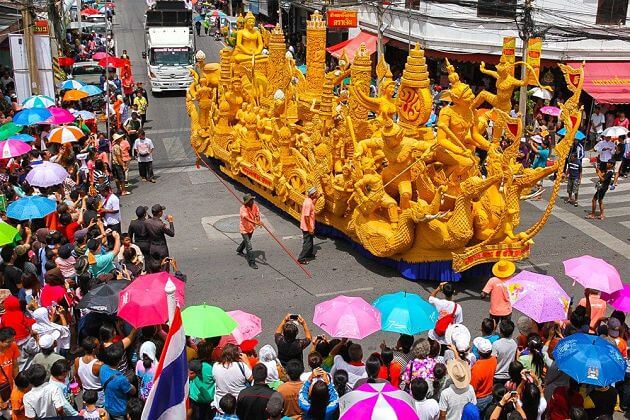 Bali Kites Festival is far different than other kites festivals that bring a sacred meaning as a religious event. Every kite flying in the sky is told to send signals to the Hindu Gods bless them with abundant harvests in the coming year. Besides the spiritual meaning, this festival is extremely fun with both adults and children to admire the sight of countless colorful kites designed in different shapes and sizes. The festival is home to a local battle between villages to find out which kites the best launch and fly longest. Be excited with some giant-sized kites up to 10 meters in length. There is also live music performed by a Gamelan orchestra during the competition. 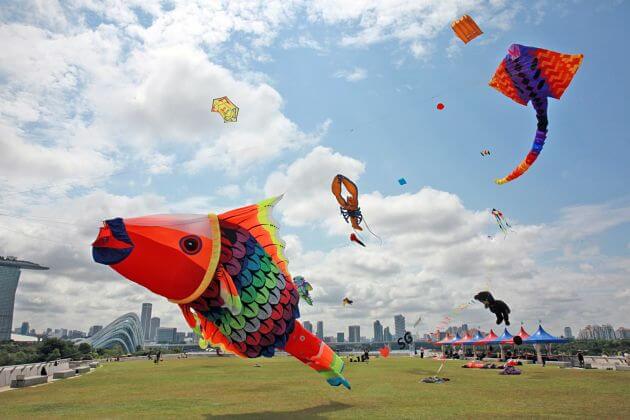 Chinese communities scattered live in many countries of Southeast Asia who still maintain their traditional beliefs and rituals. They believed that their ancestors would become ghosts after death, then descend to earth and search for food for a month each year. Instead of bad spirits, ghosts in here mean wandering souls. Don’t quickly think that Hungry Ghost is a scary festival, it can be the liveliest event you ever experienced. Local people put food and offerings outside temples and their houses to feed the ghosts who are believed to bring them fortunes as a repay. Chinese Opera and traditional puppet shows are performed across Chinatowns in Bangkok, Penang, Singapore, and many other cities. 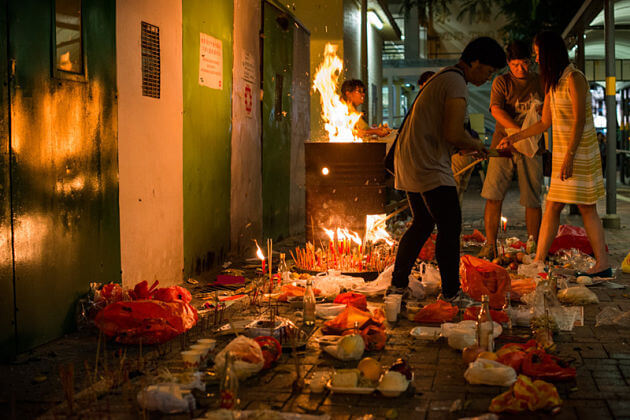 Japan is home to plenty of festivals happening all year round. In summer, the most famous one is Nebuta Festival in Aomori. During this annual occasion, local people create a huge parade of colorful lantern floats made from washi paper painted with traditional Japanese characters such as gods, historical or mythical figures, and kabuki actors. Surrounding these lanterns are dancers and musicians playing large taiko drums, flutes, and hand cymbals, together making a wonderful sight of crowds weaving back and forth all run by human power. 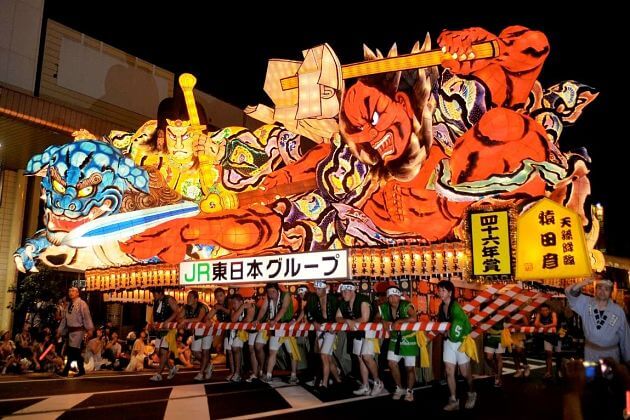