Nagasaki is worth the title of the most impressing revival city after a hundred times being destroyed by many kinds of disasters and catastrophes. Besides the well-known Peace Memorial Park standing for reminding about the nuclear bombing, Nagasaki shore excursions also include a visit to the Mizunashi Honjin Fukae – a park attributing to the mud flood disaster in this city. 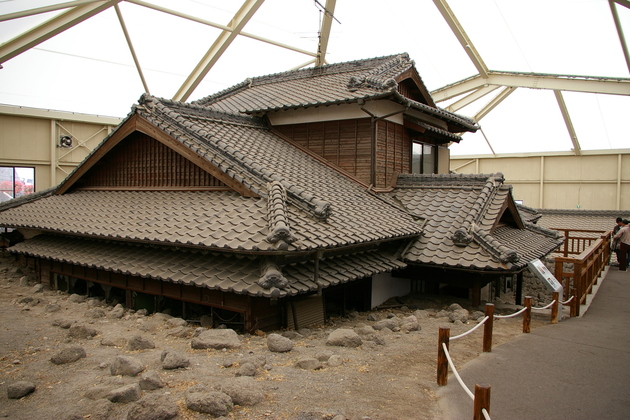 Mud Flood Park or Mizunashi Honjin Fukae is a park located at one of the affected sites of the eruption of Mt. Unzen near the city of Shimabara, Nagasaki Prefecture in 1991, which left an avalanche of earth, debris, and volcanic ashes around the area. The park was created as a reminder to future generations of the damage left by the volcanic catastrophe. 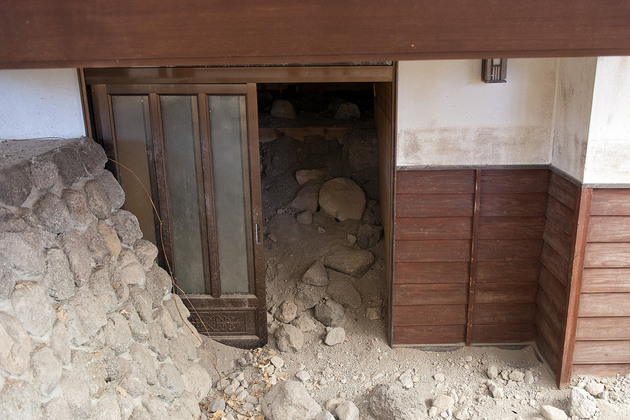 Much of the volcano’s destruction was due to large mudflows of volcanic ash, known as lahars, which flowed down the mountainside, burying several homes and buildings that lay in their path. A small collection of these buried houses can be seen at Mud Flood Park. A few of the houses are protected under a dome. To be more specific, the park houses a volcanic museum, and the site of 11 houses half-buried under a pile of debris and pyroclastic flow from Fugendake, one of the Mt. Unzen’s highest peaks. They were well-preserved and quickly covered by pyroclastic flows but are now available for public viewing. 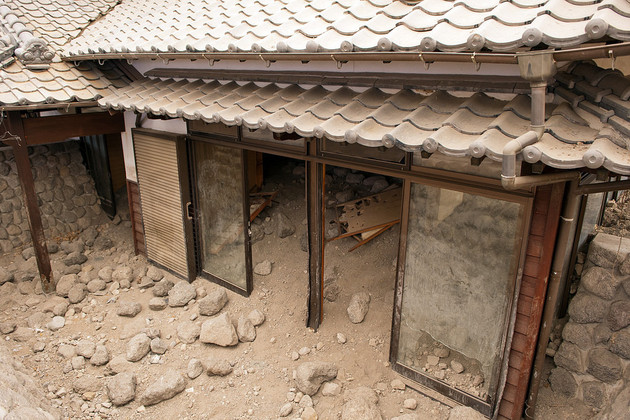 Besides, a number of establishments are also in the area, where tourists can enjoy the local townsfolk’s hospitality and have their meals made from fresh local ingredients and products. There is also an assortment of souvenir shops, small restaurants, and places that sell numerous merchandise, and shops that give visitors a chance to experience creating items or souvenirs on their own.