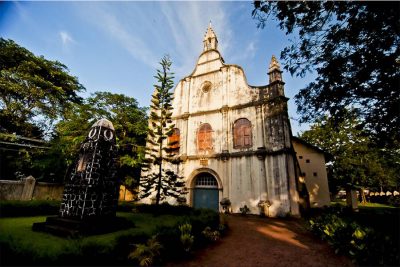 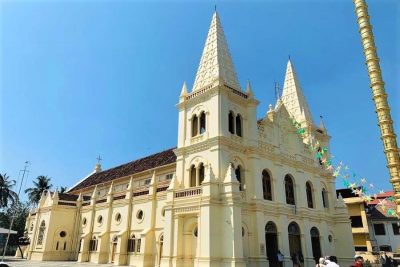 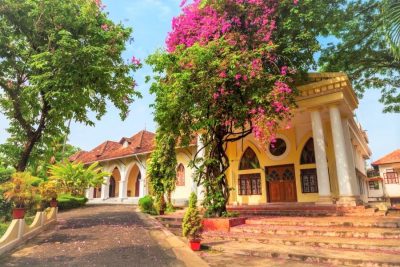 This Cochin day trip covers the most popular attractions in and around the city. Join the trip and experience the breath of typical religions in India.

The Cochin trip packed with a variety of scenery and places to visit. Cochin has many religious monuments that stand by history and have a masterpiece old-world charm, the Santa Cruz Basilica, one of the eight Basilicas in India, makes an indelible impression on visitors. 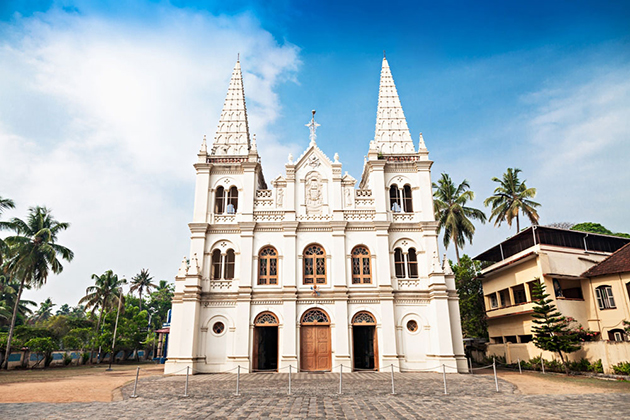 The church, which is more than 500 years old, has magnificent Indo-European and Gothic architecture and the grandeur in the use of colors. The monument charms visitors with the pastel-colored interior, dotted with paintings of Italian painter Brother Antonio Moscheni, ‘The Passion and death on the Cross’ in the altar of the Basilica, made you remind about the famous ‘The Last Supper’ of Leonardo Da Vinci. The frescos and murals on the life of Christ that embellish the ceilings and the interior and the beautiful stained glass windows add to the charm of the place combined with the bright blue pillars at the entrance and the pulpit also bear testimony to the craftsmanship of those behind the making of the magnificent monument.

Right next to the Santa Cruz Basilica is the St. Francis Church believed to be one of the oldest churches built by the Europeans in India which has the history dates back to 1503. The old-world charm and magnificence is very visible on every element of the church: a lofty structure with a gabled timber-framed roof covered by tiles, a stepped pinnacle constructed on both sides of the façade, a magnificent view on the interior with two stepped pinnacles crowning the top of the chancel roof and with the plain arched opening that divides the chancel from the nave. 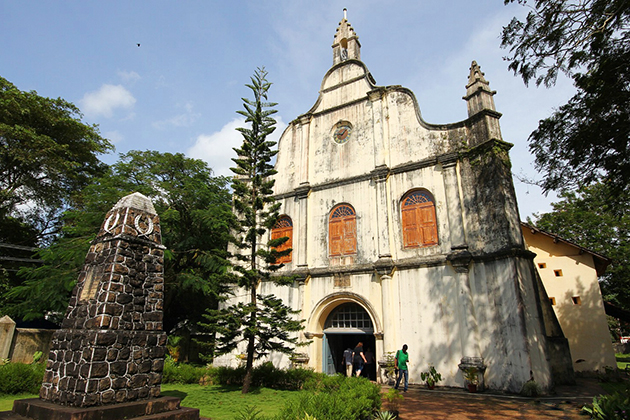 Your India exploring trip will continue with a visit to Jewish Synagogue. As one approaches the synagogue on Jew Street, its white facade begins to appear very prominently. A clock tower can be seen with one face precedes the maharaja’s palace showed the time in Malayalam, one face with etchings in Roman numerals was meant for the traders, one had writings in Hebrew while the other remains blank. 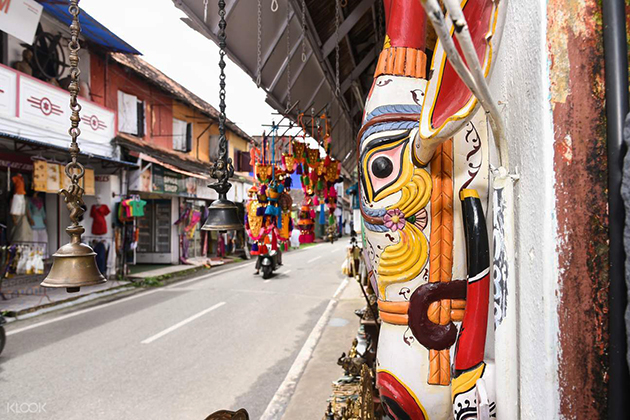 Stepping inside the Synagogue, your eyes would easily go to the glass chandeliers and blue willow-patterned Chinese floor tiles. You also admire the Scrolls of the Law housed and the several gold crowns received as gifts and the brass-railed pulpit. And for some exclusive pieces from history, the synagogue also houses the copper plates of privileges given to Joseph Rabban, the earliest known Cochin Jew, dating from the 10th century. 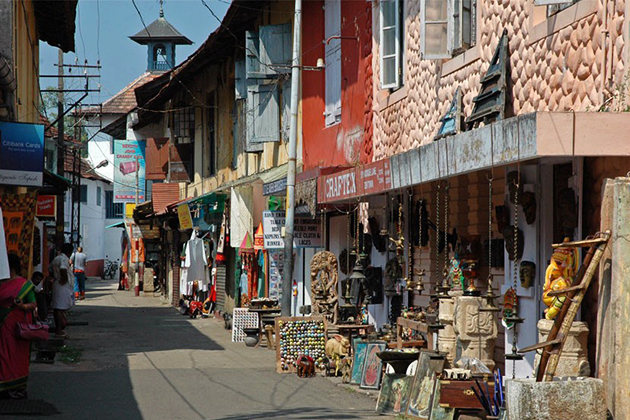 Then, you head to the place known as the Dutch Palace but was actually built by the Portuguese. With the elegant architecture and the magnificent murals, the Palace is a quadrangular structure built in Naalukettu style, the traditional Kerala style of architecture. A shrine which lies in the center of the courtyard, dedicated to Pazhayannur Bhagavathi, the Goddess of the Cochin royal family, while on either side of the palace lied a Siva temple and a Vishnu temple. You can be amazed at the floor of the palace made of mixing egg whites, plant juices, lime, burnt coconut shells, charcoal giving it the look of polished black marble. 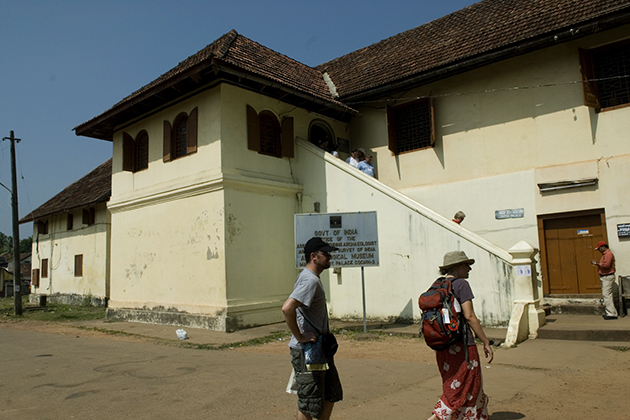 Finish the religion trip by moving to the Chinese Fishing Nets that droop towards the waters like over-sized hammocks have become a hallmark that represents Fort Cochin on the tourist map. The nets are made of teak wood and bamboo poles, skillful applicate the rule of balance. The peaceful rhythm of the nets is breathtaking to visitors come here. And the sight of the Chinese nets, undoubtedly one of the most photographed sights in Cochin, suspended in midair and standing in line on the beaches when silhouetted against the sunset. What a breathtaking beauty!
The trip ends with a drive back to Cochin port for your next Asia shore excursions. 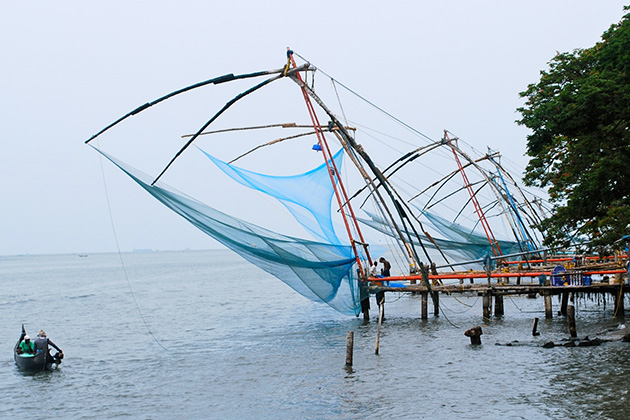 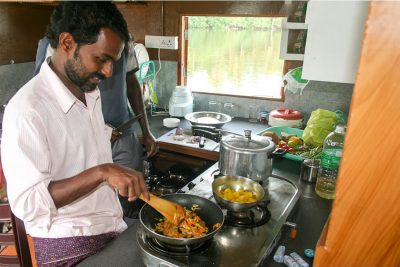 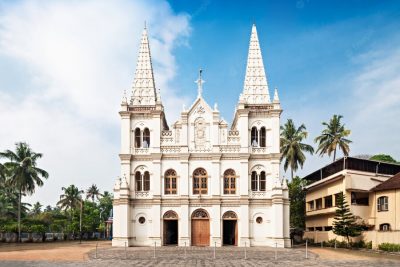 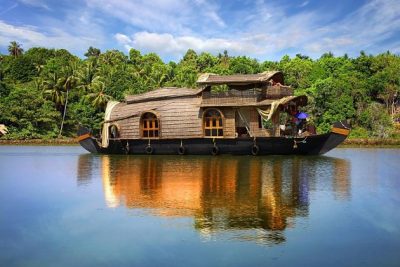 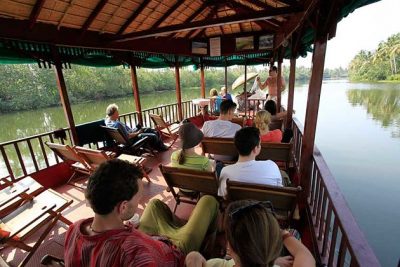 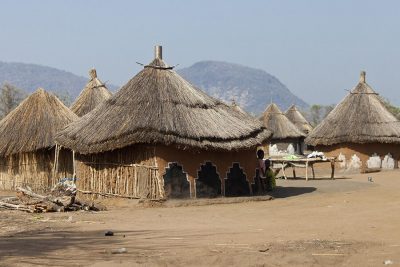 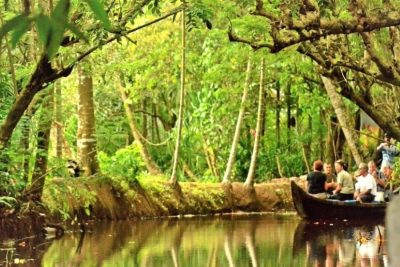 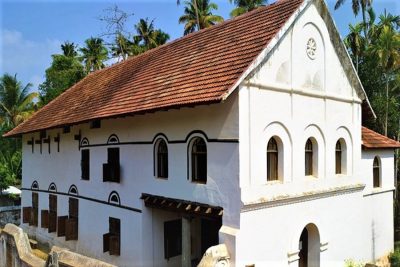 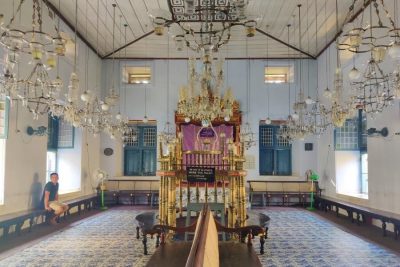 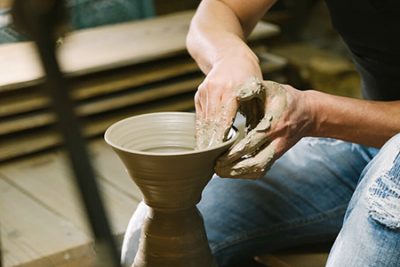 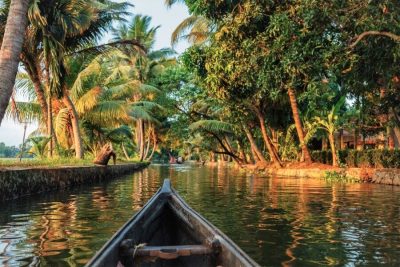 Rural & Off The Beaten Track Cochin