Erected between 1899 and 1902, Hanoi’s Long Bien Bridge was designed by the world-renowned French Architect Gustave Eiffel. Over the past 100 years, it has witnessed all the historical events of this capital city and become a beloved landmark of the country. During the war against the French in 1954, the bridge served as a vital transportation link for moving food into Northern Central Vietnam. During the Vietnam War, the bridge was bombed by American air attacks due to its strategic placement in connecting Hanoi to the port city of Haiphong, and yet today, it still stands as a testament to the nation’s tumultuous history. 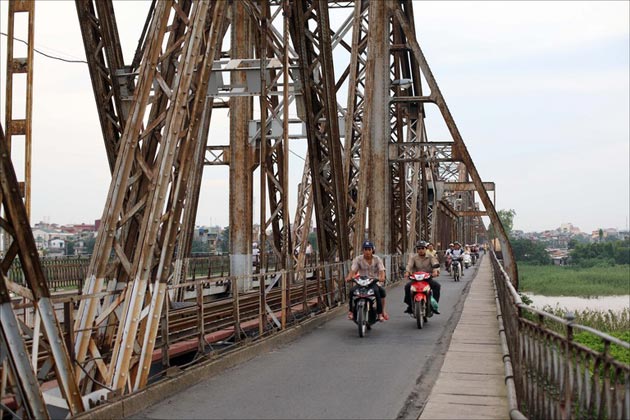 The bridge always takes on a vital role in the city whether in the past or now. On its surface, a steady stream of rail, motorbike, and foot traffic pumps economic blood to and from the city. Underneath, the bridge provides shelter for Hanoi’s downtrodden, a collection of semi-visible constituencies who, in Vietnam’s economic euphoria, have been pushed to the edge of the city, in some cases all the way into the river. Behind the fruit market – the main entrepôt for fruit entering the capital city – lies a shantytown of makeshift structures. 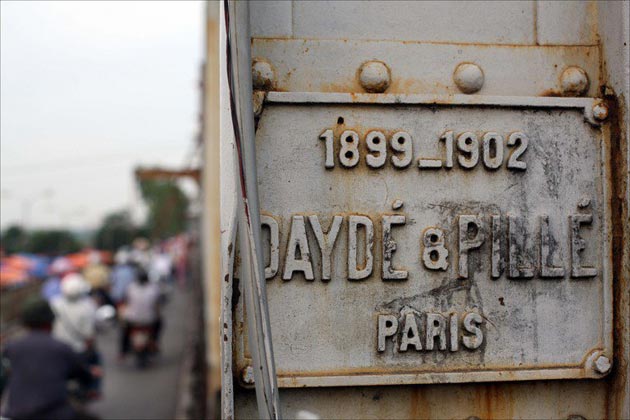 Being one of the longest bridges in Asia with a span of 1,682 meters, Long Bien Bridge provides panoramic views across Red River as long as you’re adventurous enough to brave the potholes. It attracts a large number of young couples who are keen on having their wedding pictures taken on the historic structure or watching sunset. For those looking for Vietnamese street food, the bridge also offers a pedestrian path where vendors often set up stalls selling some of the city’s tastiest street foods.