Manjanggul Lava Tube, located 130 kilometers from the southern coast of the Korean Peninsula, is one of the largest lava tubes in the world. It is a 13 km-long multi-level lava tube with a width of up to 18 meters and a height of up to 23 meters. 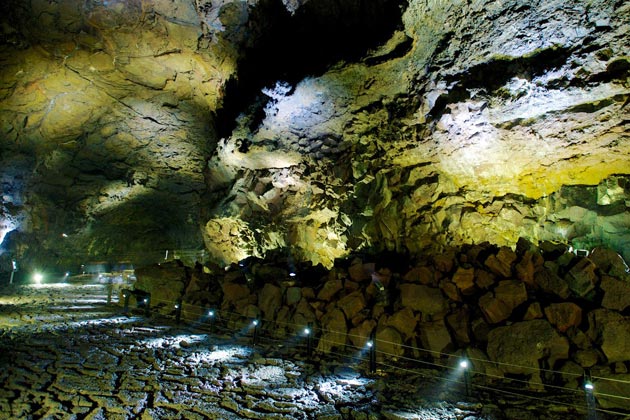 Manjanggul Lava Tube was created when the lava spouted from the peak and flowed to the surface. Despite being thousands of years old, what makes Manjanggul Lava Tube stand out from other lava tubes around the world is its well-preserved passage shapes and internal micro-topographic features. The insides of the tube is adorned with multi-coloured carbonate decorations and numerous cave formations commonly found in lava tubes. They include lava stalactites and lava stalagmites, lava columns, lava flowstone, lava helictites and lava blister, cave corals, benches, lava raft, lava bridges, lava shelves and striations. At the end of the passageways open for tourists, is a massive lava column formed when a large amount of lava spilled from the upper level down to the lower level. This intimidating column stands 7.6 meters in height and is the largest one in the world. 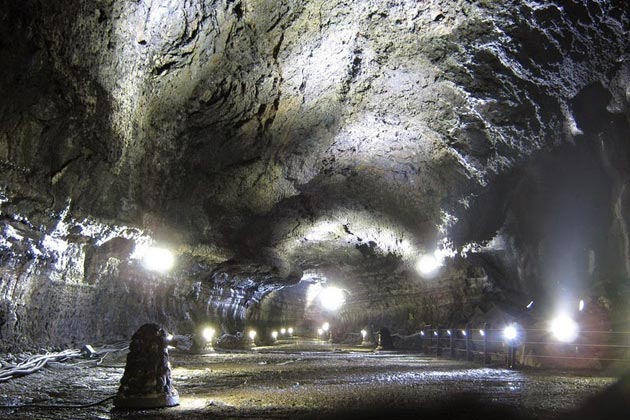 In addition to a host of interesting structures inside, Manjanggul Lava Tube has a lave tube tunnel itself. The inside of the tunnel sustains a temperature of 11 – 21℃, creating a comfortable atmosphere and making it a fantastic site to visit in hot summers. There are rare animals such as bats living in the tunnel, which makes this tunnel valuable for researchers as well. The stone pillars and stalactites are widely spread and the tunnels shows off the cave’s topographical features. “Stone Turtle” is especially eye-catching because it is shaped like Jeju Island.