Overview of the Putra Mosque

One of the must-visiting places in Kuala Lumpur shore excursions is the Putra Mosque, or known as the Pink Mosque, that you can catch a glimpse in wherever you stand in Putrajaya. The name Pink Mosque is called due to the unique pink color brought by the rose-tinted granites covering the mosque. This second oldest mosque in Malaysia is also the first pink-colored mosque in the world. 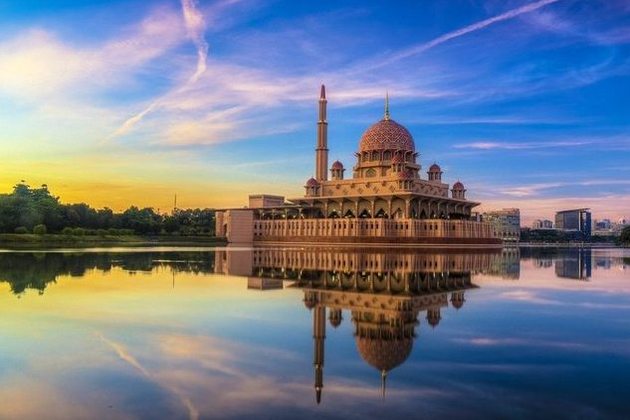 The Architecture of Putra Mosque

Putra Mosque is not only just rose-pink color to attract thousands of visitors per year. With the 160-meter minaret homing to about 18,000 people, the mosque is a perfect fusion of all the stunning architecture from different mosques in the whole world. Every quintessence combines into one!
Selecting masterpiece around the world, the architecture of the mosque is designed following the inspiration of Morocco and Baghdad, the carvings are influenced by the Egyptians, and the stained glass comes from Germany. Moreover, the mosque blows the breath of Iran-style architecture from the Safavid period. 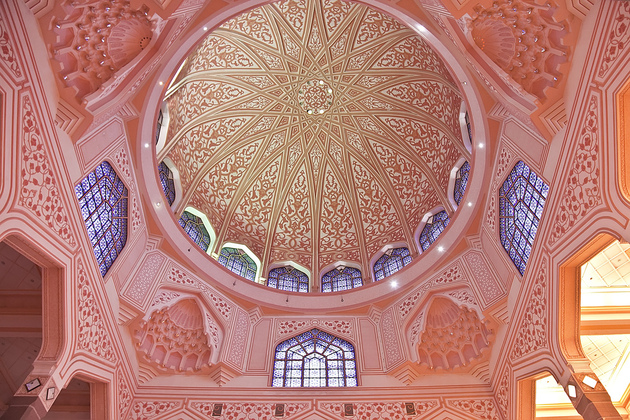 The Religious Meaning of Putra Mosque

Built over 20 years ago, Putra Mosque stands by the edge of beautiful Putrajaya Lake in the city center of Kuala Lumpur. Having the name of the first Prime Minister of Malaysia, the mosque serves as not only a tourist attraction but also a sacred religious site to worship for Putrajaya’s Muslim community. Although the primary role is a worship place, non-Muslim people are welcome to visit at the time out of praying time. 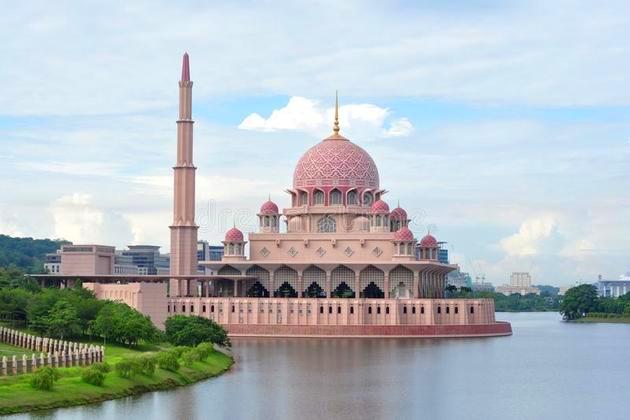 Putra mosque includes many facilities to worth the most important religious site in Malaysia such as the main prayer hall, auditorium, library, dining hall, lecture rooms, and funeral services. All the domes inside are beautifully adorned with pink granite and unique patterns. The main prayer hall has 12 giant-size pillars with space can contain about 10,000 people. However, due to the respect for men of Muslim, the ground level is for 8000 male worshipers, and the floor is for 2000 female worshipers. 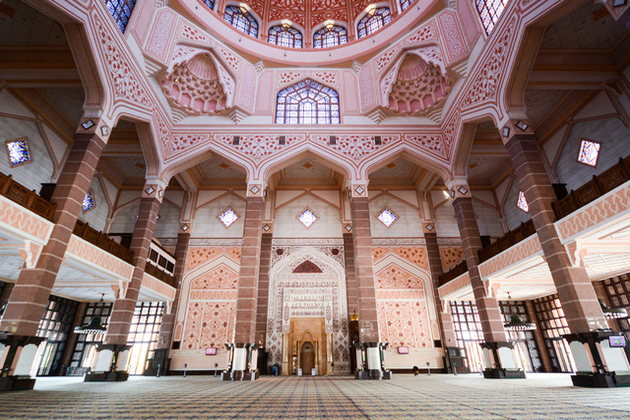 Because of its important role in the religious spirit, female visitors have to follow some rule to enter the mosque. They will be ordered to put on a red coat with a hood. Visitors have to take off the shoes outside of the mosque main hall, and smoking is completely prohibited. 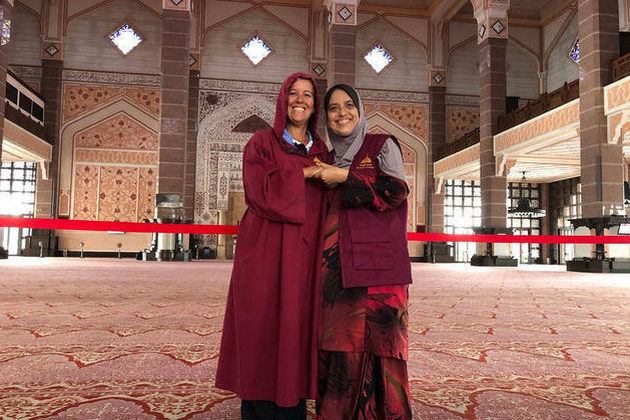