Anyone who watched “Tangled” on Disney Channel will definitely be impressed by the most romantic scenes of the movie – Princess Rapunzel and Flynn sit on the boat, sing their beautiful song under the witness of bright lanterns flying to the dark sky. Have you ever dreamt to be a part on that scene? Stand under the skyline, admire the extraordinary moment when the wind takes thousands, millions of lanterns slowly fly to the sky until it just becomes a small spot, a litter “star” on the sky. You just need to join in the Taipei shore excursions to make your dream comes true, what a big deal is that! What I want to talk about here is the Pingxi sky lantern festival in Taipei, Taiwan. Have the chance to admire a major hub in East Asia, the cultural center of Taiwan and this great festival – No reason for not coming in Taipei shore excursions! Therefore, the best time of the year to hop on a Taiwan shore excursion to Taipei is the time during the Pingxi Sky Lantern Festival – on the 15th day of the first lunar month. You will regret if you miss it! 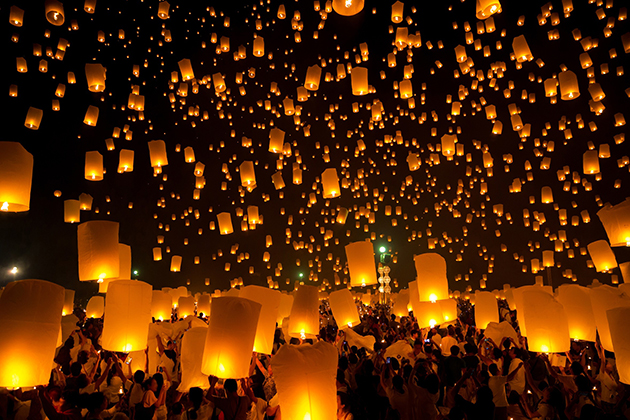 The sky lantern was invented since 200s during the Three Kingdoms period aiming to transfer the military messages. In the old difficult time, some villagers had to pack up and hide deep in the mountain, waiting till the spring come with chances to harvest again, only strong men can stay to protect their house. After the draconic winter, the men would release lanterns to the sky as a sign to lead villagers coming back their home. This practice happens every year, then in the early 19th century, the Lantern Festival has already been held annually on the 15th day in the first month of the lunar calendar when the spring planting season begins. In 2019, the festival will be held on February 19th at the Shifen Sky Lantern Square. 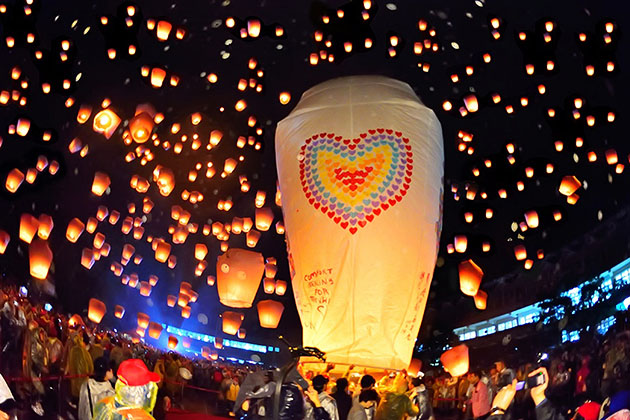 One of the best festivals in the world!
Among several festivals around the world, the Pingxi Festival is really worth a visit by being listed in the “14 Festivals to attend before you die” according to Fodor, considered as “the Second Biggest New Year Eve celebration in the world” by Discovery Channel, and joining in the festival is one of “52 Things to Do” by CNN.

In the festival, people light up the lanterns with candles, then release them into the dark sky at the night. Taiwanese believe that writing their wishes on these lanterns will bring an abundant crop while married women wish for “adding a son” to increase more hands working on the farm. The lanterns will follow the wind, rise up to the sky to carry the wishes of prayers seeking the purification of their souls, not only formally telling the invocations for smooth childbearing and plentiful harvests but also alternatively speak all dreams them that being blessed with luck and good things. Pingxi Festival undoubtedly reveals the Taiwan spirit to the whole world. 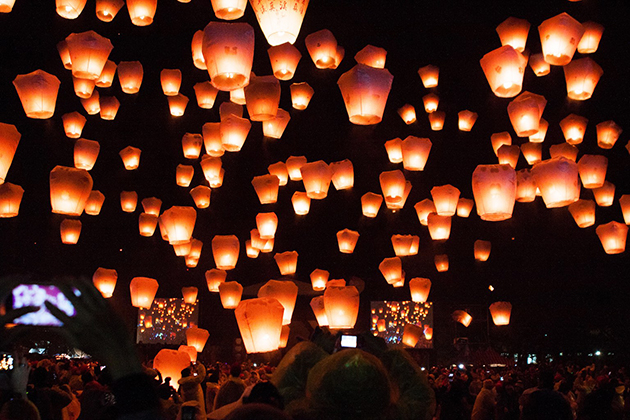 Besides the meaningful purpose, the festival also provides a breathtaking sight with fascinated light shows, live music concerts, and huge bright shining lanterns. Marvel at thousands of flaming flying lanterns standing out the black background of dark sky at the later night like an ocean of hot-air balloon with glitter effect. Don’t quickly think that these paper lanterns can be burnt immediately by the heat of the combustible element attached to the underside. With the special design, the heat only can make them fly high without any concern about catching the fire. 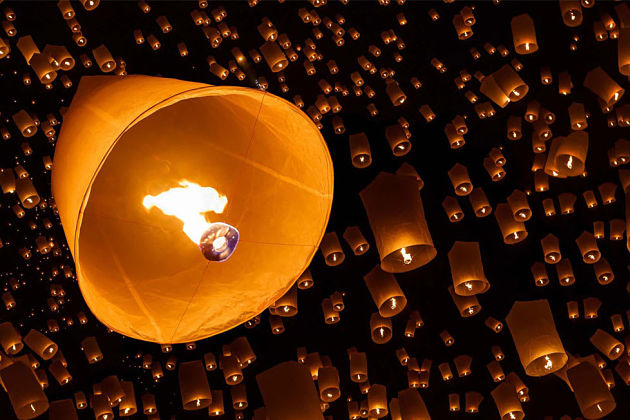 Under the beautiful sky full of glossy lanterns, enjoy the folk performances of dancing, singing, street carnivals and playing traditional games. Joining in the lantern riddle contests which are the most featured in the downtown of Taipei. The flame of everything combine into one is magical, fantastic, magnificent, and unimaginable that no word can describe its beauty.

Some Tips you should know to conquer Pingxi Sky Lantern Festival

Getting ready before the Pingxi Lantern Festival started

Arrive before the crowds in Pingxi Festival

Many people have the same dream as you, many foreigners choose Keelung shore excursions just because of this lantern festival; therefore, it is totally normal if there are about 80,000 people has the same Disney dreams as you. Even though the lanterns are released every 20 minutes and the festival takes place at various venues such as Pingxi Junior High, Qingtong Junior High, and Shifen Square; it is still very difficult for you to have a good view. You’d better come to the nearest place early. It is suggested for you to hire a private car to drive to a place that is comfortable for you to admire the lanterns. Just stay in the car and the crow cannot bother you. Or you can wait in a tall building, it will offer you a brand new experience when you witness everything from above, but unless you can stay at the top of the building, you cannot release the lanterns yourself. 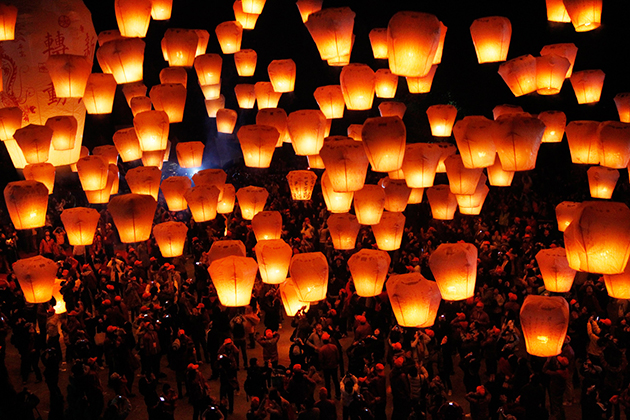 No one can make the time stays at one moment forever, it will fly anyway. Time also makes our memories faded, there will be one day you forget this moment. Therefore, do not forget to bring the camera along with you to keep the outstanding moment of the festival that these photos or videos will remind you about it! What you take may not professional but it is authentic which is priceless! 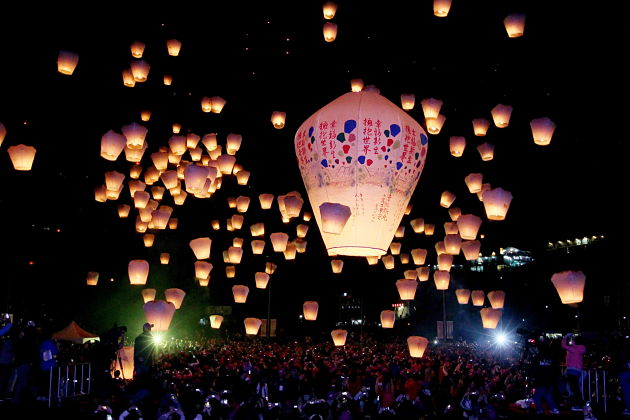 Releasing the Lanterns for Pingxi Festival

Asia Shore Excursions would like to recommend the guide that you may need before enjoying the Pingxi sky lantern festival:
1. Check the lantern carefully in case of any external damage; the lantern cannot fly if the heated air leaking out.
2. Remember to write your wish on the lanterns.
3. Take a piece of oil-soaked joss paper and hook it to the wire piece at the bottom of the lantern.
4. Gently pull the lantern to open to sure that all four upper corners are fully open. Some should also hold the lantern at the bottom to provide enough heated air enters the lantern to push it upwards.
That’s it! And the wind will do the rest, the lanterns will float away to the heavens and bring your wish along with it and let it be heard by the Gods!